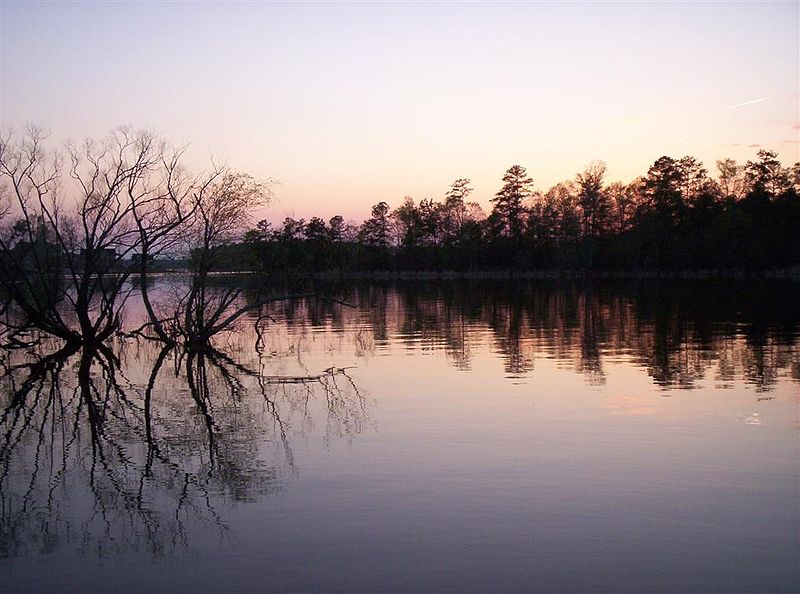 The East is home to world-renowned cities like New York, Boston, Chicago Philadelphia, Orlando, Miami and the US capital: Washington, D.C. It’s an enjoyable place to be for any tourist, and of course, for its own residents. You can never be bored here, as it offers rich history, scenic beauty, and many charming villages, beautiful beaches and bustling metropolitans to visit. Though it’s famous for its coastlines that meets the Atlantic Ocean, the East doesn’t run out of great freshwater lakes as well. If you’re planning a freshwater fishing trip in the East, here are the lakes to check out: Any professional angler looking to travel to the best fishing lakes in the country must consider Lake Okeechobee in Florida, “The Big O” has been in bucket lists of bass fishermen for decades. It’s an enormous pond referred to as Florida’s Inland Sea that offers miles and miles of shallow water and healthy grass for the fishes. It’s also the second largest body of freshwater in the US, so there’s plenty of space for you to fish. Anglers all over the world come to the lake to catch largemouth bass and speckled perch, and it’s the perfect place to learn how to fish for bass. Other local catches include black crappies, blue gills and their very own Okeechobee catfish. Lake Champlain is one of the largest freshwater lakes in the US. This natural freshwater lake lies on the Canada-US border, in the Canadian province of Quebec and portions of Vermont and New York. It offers a world-class, bass and pike fishery that produces top sporting fish, such as largemouth bass, smallmouth bass, northern pike, Atlantic salmon, lake trout, rock bass and muskellunge. It’s consistently listed in Bassmasters’ top bass fishing lakes in the country.

Shearon Harris Lakes is one of North Carolina’s top largemouth bass fisheries. It is located about 20 miles southwest of Raleigh, and near Harris Lake County Park on the northeast. Besides largemouth bass, it’s also a great spot to reel in black crappie, blue catfish, channel catfish and flathead catfish. In 2018, anglers caught a record-breaking bass from the lake that measures more than 40 lbs. The lake is the outlet and source of cooling water for the Shearon Harris nuclear power plant.

Spreading across more than 170,000 acres, the Santee Cooper Lakes is made up of Lake Marion and Lake Moultrie, which are South Carolina’s “Great Lakes.” Both these lakes are prime territory for record-breaking fishes, among them a rare 58-pound channel catfish. Besides healthy catfish, expect to find black crappie, striped bass, white bass, white perch, longnose gar, rockfish, redfish and trout. If you plan to camp and fish, the Santee State Park offers comfy waterfront accommodations. It’s totally a great location to visit if you’re looking to reel in a trophy-sized catch. One of North America’s “Great Lakes,” Lake Erie is back on track as one of the greatest smallmouth bass fishing spots in the country. It’s more historically known for pollution, but things have been changing. The lake is now able to support healthy populations of freshwater species again, which includes walleyes, perch, panfish, and smallmouth bass. Steelhead trouts are abundant in the four states (as well as Ontario) that abut Lake Erie. The flourishing fisheries in the lake is a result of better water quality.

Lake Murray is a large lake (around 50,000 acres in size) that is a great fishing hotspot in South Carolina. Tournaments are hosted frequently, since it’s one of the most productive lakes in the Southeast for striped bass and largemouth bass. The lake brought record-breaking fishes for the state, such as white bass, white perch, white catfish and white crappie.

Lake Seminole is a 37,000 acre reservoir that borders Florida and the southwest corner of Georgia, formed at the junction of the Flint and Chattahoochee rivers. It is maintained by the US Army Corps of Engineers. Lake Seminole is one of the best sports fishing spots in America where anglers can bait largemouth, striped bass, white bass, catfish, crappie and bream. You don’t even need to go too far, as bank fishing is excellent in many locations of the lake, including public fishing decks. With a national reputation for high quality bass fishing, Lake Kissimmee is the lake to be in Florida. Trophy bass and high catch rates are regularly reported by guides, tournament anglers and fishing camps, with tournament winners routinely catching a five-fish bag limit that weights 18 to 25 pounds. Besides bass, this lake is rich in black crappie, bluegill and redear sunfish. You can easily catch minnows in its open waters, including jig fishing in and around lily pads.

The name “Lake Chaubunagungamaug” is hard to read and pronounce in itself, but it even has a longer, original name with 45 letters: Lake Chargoggagoggmanchauggagoggchaubunagungamaugg. This name comes from an Algonquian language that means “Fishing Place at the Boundaries – Neutral Meeting Grounds.” For a simpler name, the lake is also referred to as the “Webster Lake.” This 1,400-acre body of water is found in the south-central part of Massachussets. You can reel in amazing smallmouth bass, perch, crappie, catfish, panfish, largemouth bass, pickerel, brook trout and brown trout in here.