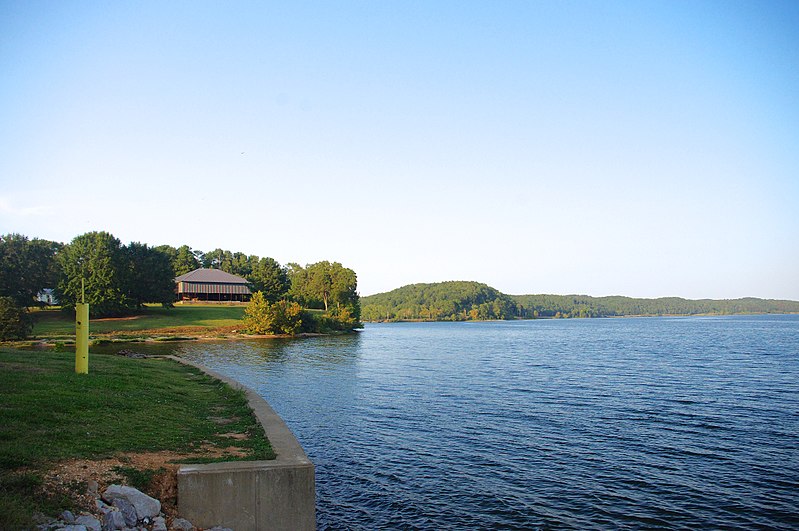 When it comes to the south, the prominent sports is football, but fishing comes as a close second. This is because there are so many great fishing destinations in the area. The South is filled with beautiful lakes that will fill your fishing bags with great harvest. Here are some of them: Falcon has a reputation of being one of the best largemouth bass lakes in the state. In 2012, this lake is named as the leading bass producer in the country by the Bassmaster Magazine. This lake is an international reservoir on the Rio Grande along the Texas-Mexico border. Deep down, it’s a desert lake with deep, rocky and rugged terrain. It’s known as a home to largemouth bass, and this reputation was solidified after the 2008 Elite Series event where 12 fishers broke the 100-pound mark after fishing for four days. To win a bass tournament, you need a 5-6-pound average fish as a stringer. You can also catch channel catfish, white bass, flathead catfish and black crappie in this lake. Deep in East Texas seventy miles north of Beaumont, you can find the Sam Rayburn Reservoir – another great bass fishing mecca in the Southern state. This reservoir is fed by the Angelina River. It has a capacity of around 4 million acre feet, and is the largest lake found wholly within the state of Texas. The most popular fish in the area is the largemouth bass, and an excellent year-round fishery exists within here. Crappie, catfish, bluegill and redear sunfish are also present in high numbers and can be caught even by inexperienced anglers. You can also find white bass, but they are limited and are mostly caught during the spring. The Toledo Bend Reservoir is a reservoir on the Sabine River that forms a portion of the boundary between the states of Texas and Louisiana. With an area of 185,000 acres, this reservoir is the largest man-made body of water in Texas and the largest in the South. It was named as the Number 1 bass lake by Bassmaster Magazine in 2015 to 2016. The grass grows thick here and the big bass fishes love it. Angler haul out largemouth bass over 8 pounds in this area so often. Catfish and crappie can also be found all year round. There are also many shallow areas which will require a kayak, a canoe or a small boat with a trolling motor. It’s important to make sure you’re using one of the best trolling motor batteries so as to not get stuck on the lake. Other catches like stripers, bluegill and redear sunfish are present in high numbers.

Good old Lake Fork was created to be a fishery and was established by the Texas Parks and Wildlife as a premier bass fishing lake. It’s one of those classic lakes where anglers fishing for some giant bass is a common sight, since it’s one of the country’s premier trophy bass lakes. More than 65% of the Top 50 largest bass were caught in Lake Fork. There are endless amount of bass habitat such as stumps, lily pads and laydowns. Channel catfish also provide excellent sport fishery in this area. Other fish species found in this reservoir include catfish, sand bass, black and white crappie, sunfish, bowfin, bluegill and gar. In the winter, you can find yellow bass, which are as tasty as crappie.  Its just east of Dallas, Tx for easy access. Also known as “The Big O,” Lake Okeechobee is a bucket list lake for anglers. It’s commonly referred to as Florida’s Inland Sea, since it’s the second largest body of freshwater entirely contained within the contiguous United States. This lake is like an enormous pond that gives Florida a reputation as a world-class fishing destination. Anglers all over the world come to Lake Okeechobee to catch largemouth bass and speckled perch. But to do this, you have to use a powerful bass boat with the best trolling motor battery and hire a guide. Other local catches include blue gills, black crappies and its very own Okeechobee catfish.

A part of the Tennessee Valley Authority, the Chickamauga Lake is a famous source of large bass for anglers. It is a reservoir along the Tennessee River created when the Chickamauga Dam was completed. The lake stretches to 36,000 acres and borders Rhea, Meigs and Hamilton counties with its shoreline. The largemouth bass is its biggest draw, while crappie is also abundant. Fishermen can also catch other fish varieties such as channel catfish, blue catfish, sauger, bluegill, redear sunfish, striped bass, yellow perch and white bass here. With incredible growth rates of fish, you can easily catch nice fish just about anywhere within this fabulous waterway.

Pickwick Lake is also part of the Tennessee Valley Authority formed by the Pickwick Landing Dam and runs until the Wilson Dam.  This lake is one of the Tennessee River impoundments that is famous for bass fishing. It offers a very diverse fishery known for its record-size smallmouth bass. Besides this, the lake also offers largemouth bass, prime smallmouth, crappie and catfish. Boating and tournament traffic can be hectic here during the weekends, so night fishing is ideal during the summer. In north Alabama, you can find Lake Guntersville, which stretches from Guntersville Dam to Nickajack Dam. This is the largest lake in the state at 69,000 acres. It has gone through some highs and lows like other lakes, but it still offers big bass in the South. It’s a prime destination for a tournament angler looking to catch largemouth bass. Other fishes that can be caught here include striped bass, bluegill, black crappie and common bream. Massive grass flats and hydrilla provide the fish with healthy habitat where they can feed on baitfish. Lake Austin is known as a boating destination for exploring the “live music capital of the world,” but most people don’t know just how good it is as a fishing hotspot. In the summer, fishing is best done during late night or early morning due to heavy recreational boating during the day. Lake Austin is one of the seven Highland Lakes created by the Lower Colorado River Authority. It is home to a large population of largemouth bass, many of them weighing 8 to 10 pounds. This reservoir also has some great quality redbreast, redear fish and bluegill. Flathead and blue catfish can also be found in low densities here.

Anglers of bass and crappie love Kentucky Lake for its healthy fish population. This reservoir is found along the Tennessee River in Kentucky and Tennessee, and was created by the Tennessee Valley Authority. It’s the largest artificial lake by surface area in the United States. Access to fishing in the reservoir is provided by many buoyed boat lanes, but be careful as submerged timer brings hazard. You can find largemouth bass, crappie and bluegill in here, as well as smallmouth bass, channel catfish, white bass, yellow perch, sauger and quillback. Lake Amistad, also called the Amistad Reservoir, is a reservoir on the Rio Grande and lies on the Texas-Mexico border. It was formed by the construction of the Amistad Dam, which name means “friendship” in Spanish. Largemouth bass are the most abundant and most popular catch in the reservoir. Blue catfish and channel catfish also abound, with occasional flatheads showing up. White bass are seasonal and can be found during spring spawning runs. You can also find smallmouth bass, striped bass and Guadalupe bass. The lake is managed under current Texas regulations, but to cross Mexican waters, you need a Mexico fishing license. The bayous in Louisiana are home to some of the most unique and diverse ecosystems in the planet. From freshwater to saltwater and bass to redfish, the Louisiana Bayou has it all. It supports lives of more than 100 fish species. You can target any species you want, but redfish fishing here is amazing. It can be easy to see a redfish to break the surface while you stalk its inshore bays. The bayous offer a great boost to Louisiana’s economy, and a perfect fishing and boating destination for tourists.